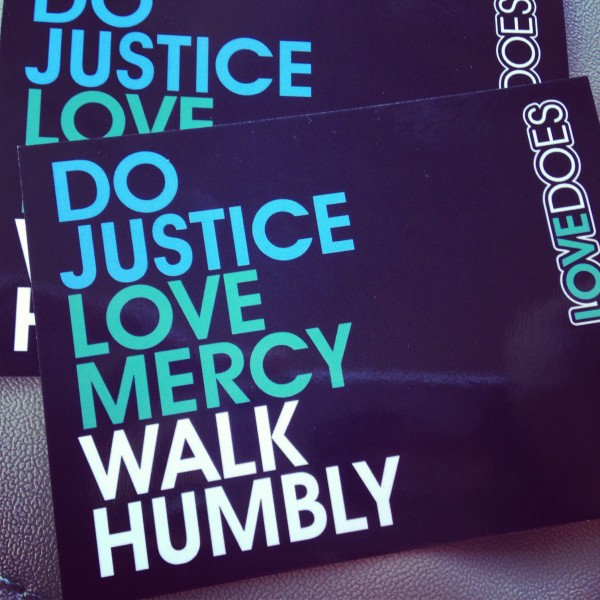 Posted at 21:28h in Uncategorized by its just me 9 Comments
Share

Last night, I was called “religious” and I almost fell out of my chair. I am not kidding. One of my girlfriends was sharing something about herself, and in the middle of our conversation, she said, “I’m not religious, like you.” I almost died laughing! It caught me so off guard, surprised me into a fit of laughter, and seriously almost made me fall out of my high-top chair in the middle of the restaurant patio. I didn’t mean to laugh, and it was kind of inappropriate, but I couldn’t help it. What she meant was that I had a relationship with God. I talk about God as if He is real. I have faith that continues to grow, and I have not been destroyed by hurtful slander from evil people or by the grief that followed the most life-shattering event I will ever experience. I include God in my daily life and conversations and problem solving as if He were a friend of mine. After I stopped laughing and the initial shock faded, I saw exactly what she meant. She had never had that kind of relationship with God and, in her words, it translated to being ‘religious.’ I get that. I totally get it. In my world, the word religious means something quite different.

To me, religion = rules, and I am notorious for breaking the rules. I despise rules for the sake of rules, and I am irritated by people who cling to rules because they cannot think for themselves, or folks who hide behind rules because it gives them a sense of power over others. Blechhhhh. Rules Shmules. Give me a rule, without rationale, and I will break it every time. Rules never mended a broken heart, never loved the lost, never healed a friendship… and neither did religion.  I’ve got no use for religion.

Religious = structured, repetitious.  I have a friend who is religious about going to the gym. She is a machine. Last week she ran 18 miles and was actually standing & smiling in the ‘selfie’ she posted on Facebook. Uhhhhh, I would have been lying on the sidewalk, hooked up to IVs, definitely sans smile! She is religious about working out. That term must have evolved from a pattern of behavior, or level of commitment demonstrated by churchgoers at some point but we now also use it to describe people who are very structured and/or committed to something. You can be religious about checking voice mail, or religious about being on time. There are people who go to support meetings, religiously. Over and over. Faithfully. Repetitiously. You get the picture.

I’ll trade religion for relationship, every single day of the week. I crave relationship. I thrive on relationship. I am my best self when in relationship with someone. I don’t mean ‘a relationship’ like with a man-friend. I mean true relationship with another human being, where you are connected and feel ‘seen.’ I dig that. I think more of us are like this than we would care to admit. My need for love and relationship explains many of the decisions I make in my life.  My thirst for connection, forgiveness, acceptance, and understanding was never quenched in religion. That all-consuming thirst has only found reprieve in relationship. When friends describe me as a ‘connector of people,’ I get that warm and fuzzy feeling, and want to do some high kicks, and exclaim over & over “I love it! I love it! I love it!” like Molly Shannon in the SNL skit about the Joyologist.

Sometimes we confuse religion with relationship. We attend a church or latch on to a belief only to find out later that it doesn’t feed us, grow us, or serve us at all. Religion will leave you cold, with a pile of empty rules on your lap, and a lost expression on your face. Religion will make you feel inadequate, ill-equipped, empty. Relationship does the exact opposite. Relationship warms you as it removes the rules and requirements. Relationship sees you, as you are, and accepts you as you never have been. Relationship sees you for who you were designed to be, and encourages you to follow that journey to completion. Structure and rules, without love and relationship, benefits no one.  However, add a smidge of love, a dollop of genuine concern, and top it with real relationship, and you’ve got something worth diving into, face first. Just my opinion.

Last night, I went to dinner and a movie with two of my best girlfriends. It was high time I showered and got out of the house! I experience these phases where I have no energy, no motivation, and I just want to hole up in my cave and burn through 14 hours of Netflix. Then, other days, I wake up and think I can conquer the world. That burst of energy and motivation doesn’t last long, but it sure feels good when it shows up. Yesterday I had one of those days where both happened. My friends wanted to meet up for a movie and I knew that it would require everything I had to be present, engage in conversation, laugh… I decided I would prepare by staying in bed all day long.

I watched tv, read two blogs, researched the Camino de Santiago, watched more tv, then decided to shower. Huge. (I was bantering back and forth on instagram with a friend the other day about showering… she mentioned that ‘the shower’ was so difficult and induced so much anxiety. She totally ‘got it’ as she had experienced those feelings herself.)  Having made the decision to shower (hurdle #1), it became obvious to me that I needed to go one step further. I needed to leave behind my standard uniform of tee-shirts & saggy shorts that are too big for me.  I really needed to find something cute to wear (hurdle #2). Then things got crazy.  I decided to do my hair. My hands ached after having to use the hair dryer – I had almost forgotten how. I don’t think I have used it since before my trip to Mexico in August. Oh, and makeup, bless-ed makeup. I actually applied some (hurdles #3 & #4).

Why am I taking such a long time to write out every decision I made and every step I took in such painstaking detail??? Because that is exactly how it felt to me. Painful. Long. Drawn out. Difficult. Here I am getting ready to see some fun girlfriends and it feels like work to me to haul my butt outta bed, wash myself and my hair, dress myself, and get purtied up. No one asked me to… in fact, it was my idea and I texted the girls to tell them to do the same. Get pretty, I said. It did wonders for my energy, even though it was a lot of work. It really did feel good to be out, be seen (as Mason would say… he loved to be seen!), and be happy and laughing for a change. It felt so good, I did it again this morning. I went to church. I haven’t been there in months. I’m not religious about going, you see. It’s the first time I sat in a service since Mason left. The last time I was there, I was speaking on stage at his Memorial Service. As you can imagine, this was another hurdle for me. Weird as that may sound, it is true. There was a guest speaker, Bob Goff (look him up), who talked about acting justly, loving mercy, and walking humbly. Hellloooo? That is MY verse. Mine. All mine. It was written for me (can I just pretend?). I have it tattooed on my wrist as a reminder of God’s expectations for me. My first day back to church and the message was for me. How cool is that? I met a new friend (Evie) and was joined by an old friend (Myra) and connected with some everyday friends who brought me Starbucks (Mikala & Renee). We all sat together towards the front, and it was good. Regina, Blair, and Allie were selling shirts and all three stopped what they were doing to wrap their arms around me and welcome me. Lee high-fived me from the sound booth, Tanya smiled at me from the stage (yes, she was really looking at me!). I was hugged by Emily, Morgan, Alyssa, Tami, and Ashlee (even Taylor hugged me and I don’t really think she’s a hugger). I received Facebook & twitter messages from people who saw me from across the room.  Laura called me a Rockstar because she couldn’t get close enough to me to get a hug in. I told her she could have been my personal security and thrown some elbows if I didn’t enjoy the affection so much.

It was totally worth it. Not because religion was there, or rules, but because relationship was there. Real people. Imperfect people. People who have hurt my feelings. People who have held me while I have cried. People who understand me, and some who don’t. People who have been inspired by me (yeah, me!), and people who continue to inspire me. All of whom are trying to find their way, just like me. The message today was about leaking love everywhere we go. It was about being the kind of people with whom other people want to be connected.

So, yeah. I’m losing my religion, and reveling in relationship. Whatever you do, don’t call me religious. It just might make me laugh out loud. xoxo