Each day, an increasing number of teenagers are impacted by self-harm and/or suicide. In a recent report, the CDC disclosed that every year, suicide kills more teenagers and young adults than AIDS, birth defects, heart disease, cancer, and influenza combined.  In a study done by the University of Nevada Las Vegas, a state which has a suicide rate nearly double the national average, it was determined that approximately 1 in 5 teen suicides show no warning signs. Mason was the ‘1 in 5.’ The aMasongrace project is focused on teens like Mason: those who do not fit the traditional ‘at risk’ criteria.

To invite aMg to your school, church, or organization, please contact Holly via email at aMasongraceproject@gmail.com. Together, we can save lives. 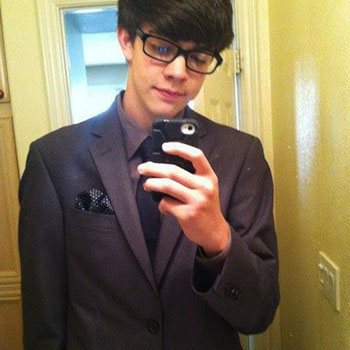 Mason Justice Chamberlain had a delightful sense of humor, loved to scare his mama, and took great pleasure in avoiding all things mainstream. From an early age, Mason demonstrated confidence, independence, empathy, and kindness. People were drawn to Mason; he was magnetic! He was brilliant, silly, creative, assertive, hilarious, kind, gentle, loving, respectful, energetic, empathetic… he was unique and colorful.   If there is one word to describe Mason, it would be ‘original’. He was quick to flip his middle finger in face of convention, and rather than follow trends, he preferred to create his own. You need only watch a few of his YouTube videos below to get a sense of his humor and originality.

Mason started team sports very young. His first sport was soccer and his mom, the coach. At age three, he ran the ball all the way down the field and scored a goal, only to cry when he realized he had to do it all over again. He also played Little League Baseball, and discovered he had a very strong arm. Baseball bored him, however, so he moved on to basketball where he played post because of his height. Then, when he was thirteen, he started Boxing with a private trainer. He attended some group sparring classes and proudly reported that he was a Heavy Hitter. Most recently, he asked for a pair of good running shoes for his 14th birthday and was beginning to enjoy running with friends. His true love was not sports, however. Mase was a proud and talented gamer. He often organized ‘raids’ and formed teams with other players online, leading them to victory in a world only they understood. He was a tech wiz and avidly sought training from those he respected in the areas of music and technology.

His most recent vines and YouTube videos show his love for communicating and entertaining. Mase had a fun way of making people laugh. He had a tender heart and often sought out and befriended the loners and underdogs.  He was well known in school and church, and had a diverse group of friends. He loved to be connected but chose to avoid the online pettiness that teens often get caught up in. When faced with some teen bickering via twitter, he chose to correct everyone’s spelling and distract everyone from the actual argument. He seemed to understand situations at a higher level and saw things from a different perspective. He responded to situations in ways that amused not only him, but those around him.

Mason was an experienced traveler (Mexico, Australia, Hawaii, Bahamas, England, France), he laughed every single day of his life, he cared about his friends and family, and he brought light wherever he went. This man-child was loved by so many. He gave the best hugs, long and sincere, and he made people feel like they mattered. He listened when his friends needed to talk. He believed in second chances and always stuck up for people when they had made a mistake. He encouraged people to believe in themselves. He was a leader, a trendsetter, a comedian, and a lover boy. He made a fatal mistake on June 3, 2013, without any sign or warning. He didn’t get a second chance and as a result there is a Mason-shaped hole in many hearts today.

To learn more about Mason, check out the tributes page where you will see so many comments, pictures, memories shared by the people who knew Mason best and loved him most. Many of his friends have since honored him with tattoos and original music and art. He is remembered with so much love. 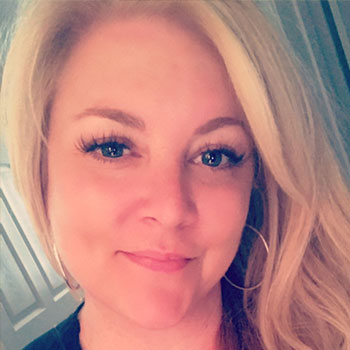 Holly Chamberlain loved her life. Driven and passionate, she worked hard to progress in her career in the pharmaceutical industry. As a single mom, she dedicated herself to carving out a life of love, laughter, and adventure for herself and her only child, Mason.

Holly and Mason shared an amazing life together. She called him a zillion nicknames- Shmish, Buns, Maskeycakes, Mersen- and he lovingly called her “Shmuvver” because she smothered him with love. They pursued happiness with their whole hearts. They traveled. They were actively involved in their church and community. They were rich with friends. Since the day he was born, Holly has always said that Mason is the love of her life.

Then, on June 3, 2013, Holly’s life was shattered into a million pieces when Mason took his own. It was a snap decision, made in the midst of an overwhelming moment, that took Mason from this world and sent Holly crashing to a depth she didn’t know existed.

Holly’s reason for everything had vanished in an instant and she felt herself really struggling to move forward. She did not know how to deal with the crushing weight of grief and despair, or the enormity of feelings concerning life and loss and God. So, she took to writing. She started to pour her emotions out through a blog she titled, “It’s Just Me.” And, something unexpected happened: A lot of people started reading it. 2,000 in the first day alone. Suddenly, Holly was cast into the role of public spokesperson for suicide prevention and loss. It was something she was unprepared for. So, she relied on her raw honesty, her faith, and her truth to guide her along the way.

It is among the noblest of things when our deepest pain can become a beacon of hope for others.

Holly kept hearing from young people and from parents as she kept pouring her vital words into their hearts. She wanted to provide tools to ensure that no other young people- finding themselves in a terrible moment- would feel like leaving this life is the only option. She knew that three critical messages needed to be shared: You Matter. Moments Pass. Please Stay. She started the aMasongrace Project (AMG) to honor her son, to honor her grief, and to honor the struggle of walking through adolescence.

Today, nearly five years since Mason left, Holly is still thriving in her career. She is still enmeshed in her community. She is still surrounded by friends and a desire to squeeze the joy out of life. She misses Mason every moment of every day, yet somehow presses on anyway. She has poured out her heart, in the most vulnerable way, so others could walk alongside her in her steps toward healing. Now, she wants to move beyond being a spokesperson for suicide and toward being a force of empowerment for all of us on this journey of life.